Local Students Have An Unforgettable Week! 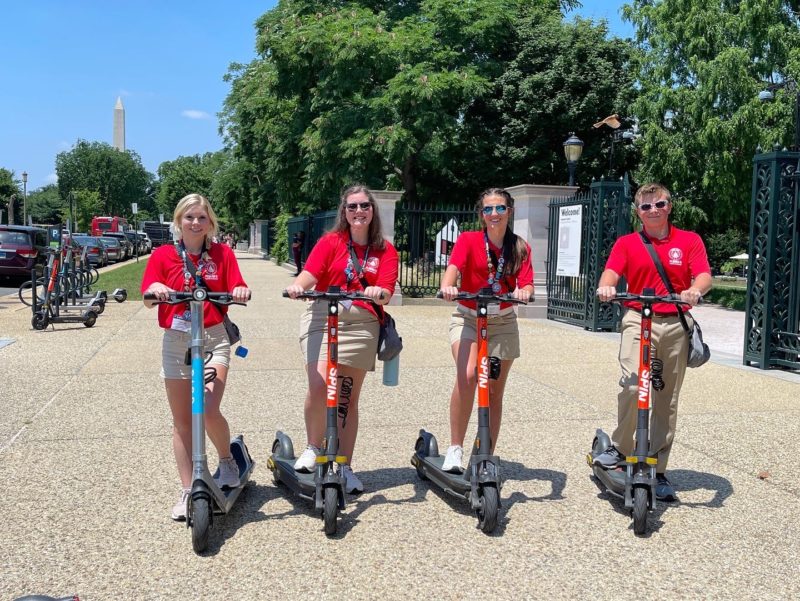 Four students were selected to experience this once in a lifetime trip this year as representatives from EREC:  Hannah Bott and Taylor Baggett, seniors from Central High School, Caroline Harp, a senior from Jay High School, and Drake Driskell, a junior from Northview High School.

“Sponsoring students for this exciting, educational trip is just one of the ways we invest in our youth,” says Ryan Campbell, CEO of EREC. The weeklong Washington, D.C., Youth Tour was jam-packed with sightseeing where history comes to life. While touring, students visited many of the major monuments and memorials, including the Lincoln Memorial, the Jefferson Memorial, the Arlington National Cemetery, the National Cathedral and much more. Students also visited Capitol Hill where they met with Florida’s senators and congressmen.

Youth Tour inspires many students to discover who they want to be. “Youth Day is really something to see,” says Alisia Hounshell, Director of Communications and Statewide Services at Florida Electric Cooperatives Association. “Every year, we see a new group of students, but one thing is constant: the energy. These students are excited to be a part of this tour and it shows.”

“Being in Washington DC for a week was nothing short of amazing! Seeing all the monuments, museums, buildings, national documents, and history in DC was absolutely fascinating,” says Harp. “I can’t begin to thank EREC enough for this great opportunity.”

The Origin of the Youth Tour: Senator Lyndon Johnson inspired the Youth Tour when he addressed the NRECA (National Rural Electric Cooperative Association) Annual Meeting in Chicago in 1957.  The Senator declared, “If one thing goes out of this meeting, it will be sending youngsters to the national capital where they can actually see what the flag stands for and represents.”  In 1958, rural electric cooperatives in Iowa sponsored the first group of 34 young people on a week-long study tour of the nation’s capital.  Later that same year, another busload came to Washington from Illinois.  The idea grew and other states sent busloads of young people throughout the summer.  By 1959, the Youth Tour had grown to 130 youths. In 1964, NRECA began to coordinate the program and suggested that co-op representatives from each state arrange to be in Washington, D.C. during Youth Tour week.  The first year of the coordinated tour included approximately 400 young people from 12 states. The idea has continued to grow and today more than 1,800 young people and chaperones participate in the Youth Tour every year.